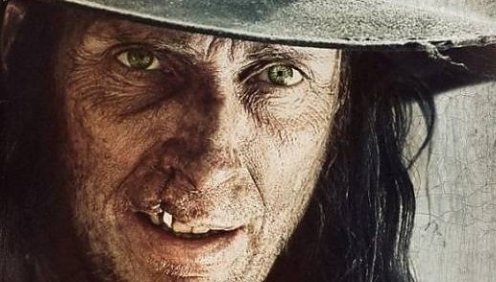 Disney's The Lone Ranger is facing a fresh round of controversy over one of its characters, but this time, Johnny Depp's portrayal of a Native American isn't the subject of the outrage.

Instead, charities are upset that William Fichtner's Butch Cavendish features a cleft lip, a prosthetic that may have been added in part to make him appear more sinister.

Esteban Lasso, executive director of Canadian-based "cleft care" charity Transforming Faces notes that children with cleft lips are often bullied at school or depicted as villains, saying in a statement: "It's disheartening that a major motion picture would perpetuate this negative perception, and we hope that in the future, birth defects and facial differences will not be used to portray 'evil' characters."

Meanwhile, the U.K.'s Cleft Lip and Palate Association (CLAPA) called for a boycott of the film ahead of its Aug. 9 British release.

"We're extremely disappointed to see that Disney are once again cashing in on prejudice by giving their villain in the upcoming Lone Ranger movie a very visible cleft lip as part of his 'look' as an evil, sinister character. Not only is this incredibly lazy storytelling, it's also sending a deeply harmful message that will impact the 90, 000 people who were born with a cleft in the UK as well as others worldwide, " CLAPA said in a statement.

"A congenital abnormality is not something to be made fun of, a cleft lip does not add to the 'look' of a villain, a character like this will not help the public’s perception or understanding of cleft, and Disney, we will NOT be going to see your movie."

The Lone Ranger needs an impressive performance at the international box office in order to break even. The film cost more than $250 million to make, and it has only grossed $147.7 million so far worldwide.